Learn the drums with music theory is one thing. But learn the drums on our favorites songs is another thing ! This article is for you, with 5 songs to learn drums !

Practicing on easy songs to learn the drums is a blast !

Personally, in ten years of self-taught practice, I have only attended three lessons. It was not my cup of tea, without saying that it was a
bad thing!

I started to learn drums by playing on my favorite songs of the moment like Rock You Like a
Hurricane by Scorpions or even Seize the Day by Avenged Sevenfold.

Simple songs on the surface but quite complex as a beginner! Listening to
our favorite music offers a lot of advantages in learning the drums.

Being able to separate the drums from the rest of the band and study them really helps.

As for the structure of the songs that will follow, nothing very hard: I offer you
examples of songs that can be easily done to learn the drums.

First you need a metronome, either mechanical or via a smartphone app. If you have a drum set,
you will only need your hi-hat, your bass drum, your snare drum and eventually
a crash to mark the breaks. It is possible to replace the hi-hat with the ride if you have one.

If you don’t have a drum set at home, a practice pad, pillows or even your couch will do.
For footwork (bass drum), tap directly on the floor.
Of course, bring drumsticks !

Each piece is accompanied by his videoclip, and for most of them by a drum cover with the tablature following
the music, ideal for learning, because it is possible to slow down the video in case of difficulties.

(There is no particular order for the Top)

AC/DC is literally THE band that has marked almost five decades.
With their famous anthems, filled stadiums in a few minutes, legendary musicians; in short, a great career.

They are also a great band to learn drums with their iconic and simple songs.

What makes AC/DC so special are its catchy songs
almost all of them are based on the same pattern* : the Money Beat ; it’s a beat that goes everywhere,
that many world famous bands have used it on some of their tracks (AC/DC,
Metallica, The Cranberries, etc).

Back in Black is definitely one of the most famous and recognizable tracks on earth, just the first eight hi-hat strokes alone make it recognizable.
the first eight strokes of the hi-hat are enough to recognize the song.
https://www.youtube.com/watch?v=G1itO-tQOco

The tempo is 94 bpm. Concerning the structure, the drums are omnipresent all along the song with some variations:

Learn the drums with this music sheet :

Other mythic titles of AC/DC can contribute to the learning process like Highway To Hell,
T.N.T., Hells Bells, etc.
https://www.youtube.com/watch?v=j5rGm3kdTuk : Live video of the track.

https://www.youtube.com/watch?v=78Rnh_yKE3I
Huge name of the American punk-rock scene, Green Day knows a great success with the album
American Idiot, released in 2004. All the Y generation has already listened to at least one track of this album such as Holiday, American Idiot and even Boulevard Of Broken Dreams.

Concerned the music composition, Tré Cool offers a simple and efficient beat carefully following the lines led by Billie Joe Armstrong, mixing the power of the drums with the lightness of the acoustic guitar during the first minutes before the chorus, where the electric guitar comes.

The tempo is 167 bpm. The drums start between 17 and 18 seconds on a basic structure, similar to the Money Beat, with a double stroke hit every two bars, hi-hat closed:
At the chorus, a 4-beat snare marks the break, the rhythm remains the same with the crash/ride cymbal instead of the hi-hat (1), and a second part where the bass drum marks the tempo also at the same time as the cymbal (2):

Lear the drums with this music sheet : 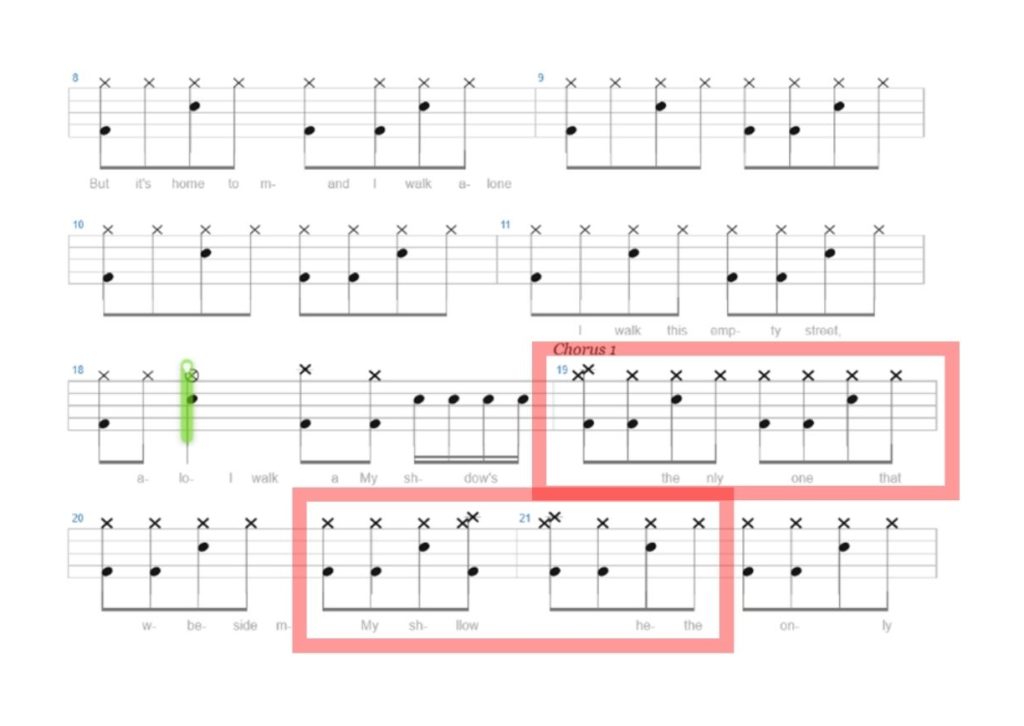 Don’t hesitate to play the drum track over the music, and eventually try a drumless version with a click (https://www.youtube.com/watch?v=DLUbs9WalAQ). It is always possible to slow down the video to follow.

Great french band, Shaka Ponk has been in the public eye since
2011. With its main songs like Let’s Bang, or I’m Picky, the band was on the line-up of
all the biggest French festivals, radio shows and even on TV.

On the track My Name Is Stain, the tempo is 109 bpm. Ion Meunier offers a very simple pattern, not based on a Money Beat this one, because the hi-hat marks only the measures between
the bass drum and the snare drum (only on the “&”). So you don’t have to take into consideration the
hi-hat strokes on bars 1,2,3 and 4.

The song is pretty slow, which is a good point for learning. The best way to get the drum part perfectly is to play a loop directly on the track.
Concerning the structure of the whole song, the pattern is literally the same from beginning to the end,
with some small variations, like breaks in the chorus.

(Personally, this is one of the first songs I had the occasion to learn quickly on the drums when I was in College).

https://www.youtube.com/watch?v=77U1PK7ALV0
Legendary British band, Queen is one of the greatest references in the world of rock,
with a number of cult songs that everyone knows. Their success is mainly due to their frontman Freddie Mercury and his unique voice.

The tempo of the title Another One Bites the Dust is 112 bpm. It is a worldwide success
by its simplicity of composition, the famous bass line of John Deacon, and the energy that Freddie
Mercury spreads all along the track.

Roger Taylor offers a basic beat based on the bass but
here, the bass drum hits the snare drum at the same time (not necessarily, depending on your level
do as you feel):

Learn the drum part with this music sheet :

https://www.youtube.com/watch?v=NVIbCvfkO3E
Many other Queen songs are accessible to beginners like We Will Rock You, or
or the legendary Bohemian Raphsody.

Avenged Sevenfold (or A7X), is a reference in the American heavy metal scene. With seven
albums, thousands of concerts around the world and a cocktail of ingenious musicians, the band has gone through different phases such as metalcore, heavy metal, experimental metal.

Arin Illejay is the drummer from 2011, after the departure of Mike Portnoy, who came to
the position after the passing in 2009 of Jimmy “The Rev” Sullivan, original drummer since the
the band creation in 1999. Today, it’s Brooks Wackerman behind the drums since 2016.

The track Hail To The King has a tempo of 118 bpm. It is a track from the self-tilted album, released in 2013. The structure of the song is based on a pattern with a hard rock feel. The guitar
begins alone, the drums arrive at 09 seconds with the ride dome, followed by the ride in addition to the
bass drum at about 17 seconds, and starts playing at 32 seconds.

https://www.youtube.com/watch?v=xNYHvQfigSw (Backing track where the drums are louder in order to distinguish it and understand it better).

Just like My Name Is Stain or Boulevard of Broken Dreams, Avenged Sevenfold’s songs helped me how to play drums during my high school years, such as Hail To The King, Buried Alive, etc.

Backbeat: The backbeat consists of a systematic accentuation of the second and fourth beats of a
four-beat measure. This accentuation is traditionally marked on the snare drum in rock ‘n’ roll,
while the first and third beats, which are the strong beats, are marked on the bass drum:

For more articles, check out the Redison blog, but meanwhile, keep the groove! 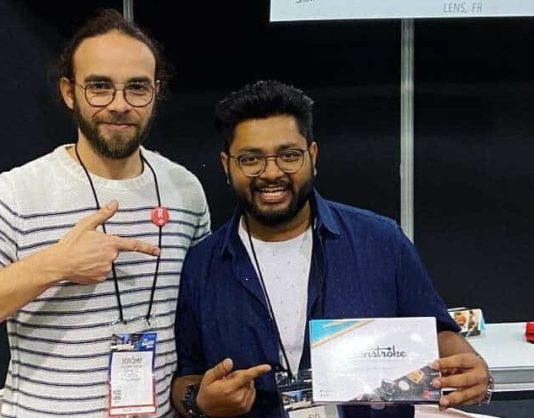 Here we are: the last article of our Redison blog for the year 2020. Let’s go back together on the highlights of this very
Learn more 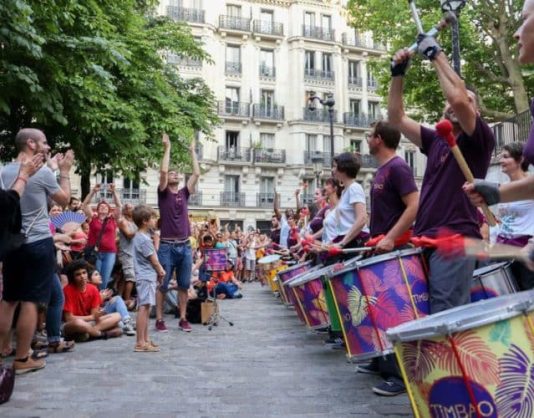 The music festival: 3 things to know!

The music festival is coming soon! Are you a musician or a music lover, do you like to discover new bands, new sounds, experiment
Learn more